Book a 30-minute individual or small group appointment with a Librarian. In-person or online. (Not available during semester breaks and holidays.) 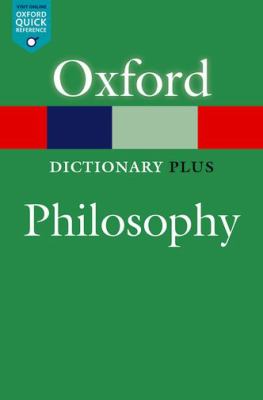 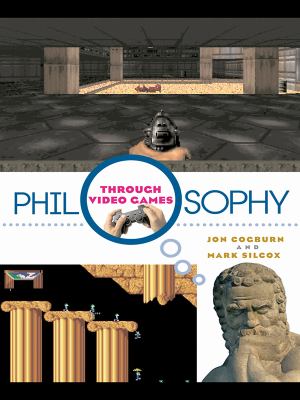 How can Wii Sports teach us about metaphysics? Can playing World of Warcraft lead to greater self-consciousness? How can we learn about aesthetics, ethics and divine attributes from Zork, Grand Theft Auto, and Civilization? A variety of increasingly sophisticated video games are rapidly overtaking books, films, and television as America's most popular form of media entertainment. It is estimated that by 2011 over 30 percentnbsp;of US households will own a Wii console - about the same percentage that owned a television in 1953. In Philosophy Through Video Games, Jon Cogburn and Mark Silcox - philosophers with game industry experience - investigate the aesthetic appeal of video games, their effect on our morals, the insights they give us into our understanding of perceptual knowledge, personal identity, artificial intelligence, and the very meaning of life itself, arguing that video games are popular precisely because they engage with longstanding philosophical problems. 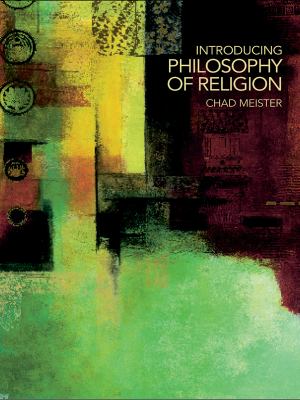 Does God exist? What about evil and suffering? How does faith relate to science? Is there life after death? These questions fascinate everyone and lie at the heart of philosophy of religion. Chad Meister offers an up-to-date introduction to the field, focussing not only on traditional debates but also on contemporary concepts such as the intelligent creator. Key topics, such as divine reality and the self and religious experience, are discussed in relation to different faiths. Introducing Philosophy of Religion: * offers a lucid overview of contemporary philosophy of religion * introduces the key figures in the history of philosophy of religion * explores the impact of religious diversity and pluralism * examines the main arguments for and against the existence of God and the nature of the divine * looks at science and issues of faith and reason * explores how the different religions approach the concept of life after death. 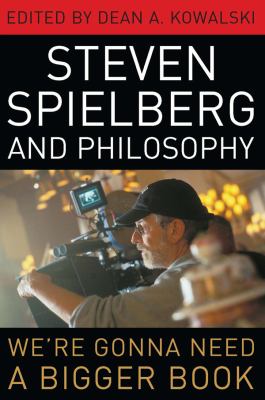 Has any film director had a greater impact on popular culture than Steven Spielberg? Whether filming Holocaust heroes and villains, soldiers, dinosaurs, extraterrestrials, or explorers in search of the Holy Grail, Spielberg has given filmgoers some of the most memorable characters and wrenching moments in the history of cinema. Whatever his subject -- war, cloning, slavery, terrorism, or adventure -- all of Spielberg's films have one aspect in common: a unique view of the moral fabric of humanity. Dean A. Kowalski's Steven Spielberg and Philosophy is like a remarkable conversation after a night at the movie theater, offering new insights and unexpected observations about the director's most admired films. Some of the nation's most respected philosophers investigate Spielberg's art, asking fundamental questions about the nature of humanity, cinema, and Spielberg's expression of his chosen themes. Applying various philosophical principles to the movies, the book explores such topics as the moral demands of parenthood in War of the Worlds; the ultimate unknowability of the "other" in Close Encounters of the Third Kind and Schindler's List; the relationship between nature and morality in Jurassic Park; the notion of consciousness in A.I.: Artificial Intelligence; issues of war theory and ethics in Munich; and the foundation of human rights in Amistad. 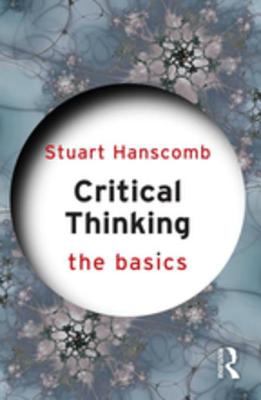 Critical Thinking: The Basics is an accessible and engaging introduction to the field of critical thinking, drawing on philosophy, communication and psychology. Emphasising its relevance to decision making (in personal, professional and civic life), academic literacy and personal development, this book supports the reader in understanding and developing the knowledge and skills needed to avoid poor reasoning, reconstruct and evaluate arguments, and engage constructively in dialogues. Topics covered include: the relationship between critical thinking, emotions and the psychology of persuasion the role of character dispositions such as open-mindedness, courage and perseverance argument identification and reconstruction fallacies and argument evaluation. With discussion questions/exercises and suggestions for further reading at the end of each main chapter, this book is an essential read for students approaching the field of critical thinking for the first time, and for the general reader wanting to improving their thinking skills and decision making abilities. 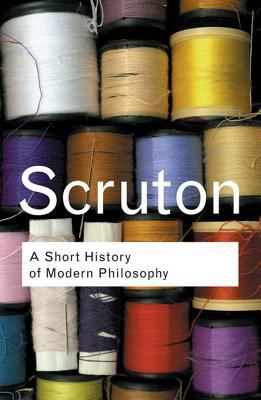 A Short History of Modern Philosophy

Discover for yourself the pleasures of philosophy! Written both for the seasoned student of philosophy as well as the general reader, the renowned writer Roger Scruton provides a survey of modern philosophy. Always engaging, Scruton takes us on a fascinating tour of the subject, from founding father Descartes to the most important and famous philosopher of the twentieth century, Ludwig Wittgenstein. He identifies all the principal figures as well as outlines of the main intellectual preoccupations that have informed western philosophy. Painting a portrait of modern philosophy that is vivid and animated, Scruton introduces us to some of the greatest philosophical problems invented in this period and pursued ever since. Including material on recent debates, A Short History of Modern Philosophy is already established as the classic introduction. Read it and find out why. 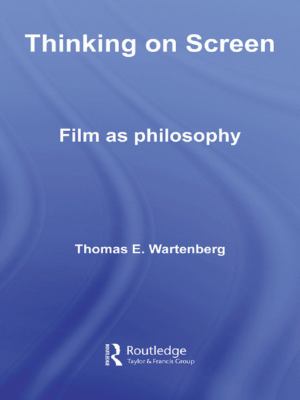 Thinking on Screen: film as philosophy

Thinking on Screen: Film as Philosophy is an accessible and thought-provoking examination of the way films raise and explore complex philosophical ideas. Written in a clear and engaging style, Thomas Wartenberg examines films' ability to discuss, and even criticize ideas that have intrigued and puzzled philosophers over the centuries such as the nature of personhood, the basis of morality, and epistemological skepticism. Beginning with a demonstration of how specific forms of philosophical discourse are presented cinematically, Wartenberg moves on to offer a systematic account of the ways in which specific films undertake the task of philosophy. Focusing on the films The Man Who Shot Liberty Valance, Modern Times, The Matrix, Eternal Sunshine of the Spotless Mind, The Third Man, The Flicker, and Empire, Wartenberg shows how these films express meaningful and pertinent philosophical ideas. This book isnbsp;essential reading for students of philosophy with an interest in film, aesthetics, and film theory. Itnbsp;will also be ofnbsp;interest to film enthusiasts intrigued by the philosophical implications of film. 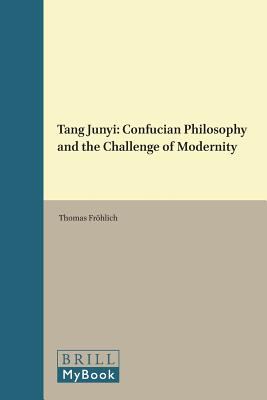 Tang Junyi's modern Confucianism ranks among the most ambitious philosophical projects in 20th century China. In Tang Junyi: Confucian Philosophy and the Challenge of Modernity, Thomas Fr hlich examines Tang Junyi's intellectual reaction to a time of cataclysmic change marked by two Chinese revolutions (1911 and 1949), two world wars, the Cold War period, rapid modernization in East Asia, and the experience of exile. The present study fundamentally questions widespread interpretations that depict modern Confucianism as essentially traditionalist and nationalistic. Thomas Fr hlich shows that Tang Junyi actually challenges such interpretations with an insightful understanding of the modern individual's vulnerability, as well as a groundbreaking reinterpretation of Confucianism as the civil-theological foundation for liberal democracy in China. 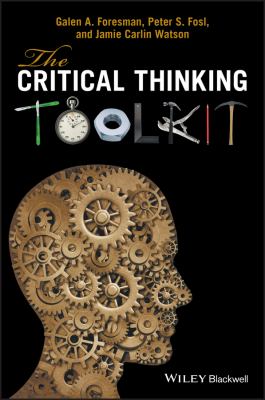 The Critical Thinking Toolkit is a comprehensive compendium that equips readers with the essential knowledge and methods for clear, analytical, logical thinking and critique in a range of scholarly contexts and everyday situations. Takes an expansive approach to critical thinking by exploring concepts from other disciplines, including evidence and justification from philosophy, cognitive biases and errors from psychology, race and gender from sociology and political science, and tropes and symbols from rhetoric Follows the proven format of The Philosopher's Toolkit and The Ethics Toolkit with concise, easily digestible entries, "see also" recommendations that connect topics, and recommended reading lists Allows readers to apply new critical thinking and reasoning skills with exercises and real life examples at the end of each chapter Written in an accessible way, it leads readers through terrain too often cluttered with jargon Ideal for beginning to advanced students, as well as general readers, looking for a sophisticated yet accessible introduction to critical thinking

Magill On Literature Plus