This guide should help you start to discover the library resources available for your topic. Use the:

Reference Materials tab for an overview of your topic.

Books/E-books tab for more in-depth information on your topic.

Articles & Databases tab for current information on your topic.

Videos tab for library multimedia resources on your topic.

Web & Social Media tab for Internet resources on your topic.

What is German Language?

The Languages program at San Diego City College includes the study of German.

"Anyone who can speak German can easily communicate with around 100 million people in their own language for German is not only spoken in Germany but also in Austria, in large parts of Switzerland, Liechtenstein, Luxembourg as well as areas of Northern Italy, Eastern Belgium and Eastern France. Alongside Russian, German is the most frequently spoken native language in Europe and is one of the ten most frequently spoken languages in the World."--Website.

This guide will help you get started finding information in these areas, including books, articles, web sites, and media materials.

Image, "Samples of German signs from Namibia" courtesy of BlueMars from Wikimedia.

See the Research Step-by-Step guide for information on how to do library research. 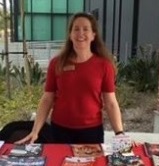